ABC Supply Is a Multimillion-Dollar Supporter of HFOT

ABC Supply Co. Inc., the nation’s largest wholesale distributor of roofing, siding and other select exterior and interior building products, has announced a final donation total of over $2 million as part of its sponsorship of Homes for Our Troops (HFOT, www.hfotusa.org). The company pledged to match every donation up to $1 million total for the nonprofit organization as part of a 10-day fundraising effort that took place May 21-30 — coinciding with the 106th Running of the Indianapolis 500 presented by Gainbridge.

In addition to the donation match, ABC Supply also volunteered the design of their No. 11 AJ Foyt Racing Chevrolet to HFOT, an organization that builds and donates specially adapted custom homes across the United States for severely injured post-9/11 Veterans. As the nonprofit invests nearly 90% of donations directly back into its mission and depends on word-of-mouth marketing, ABC Supply’s goal was to shine a national spotlight on HFOT and its work to change the lives of the more than 1,000 military Veterans who have severe physical and traumatic brain injuries.

Founded in 2004, HFOT seeks to build homes and in turn, rebuild the lives of these Veterans, restoring some of the freedom and independence they’ve sacrificed in defending our country. To date, HFOT has built and donated over 330 homes for severely injured post-9/11 Veterans. After the homes are built, the relationships between HFOT and their Veterans continue — the organization provides a pro-bono financial planner to assist with budgeting, homeownership education, a peer mentoring program and more. 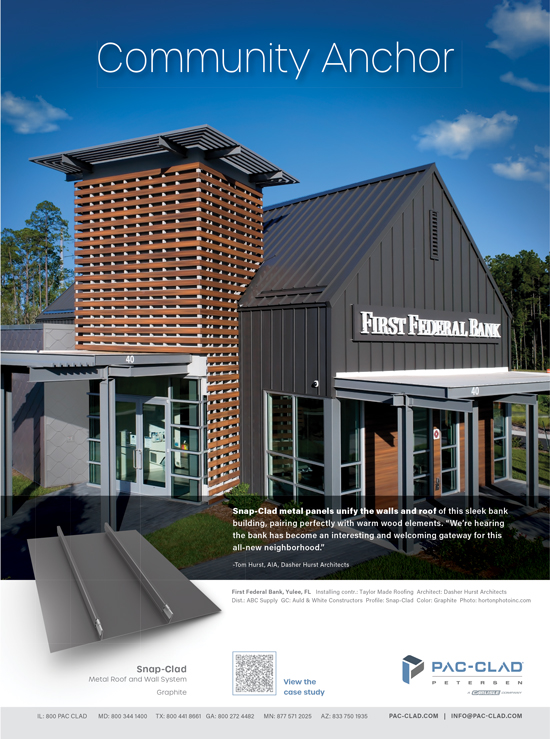 ABC Supply has been a multimillion-dollar supporter of HFOT since 2020.

Flashback: The Rebirth Of A Metal Tradition

Construction Trade Shows: Get the most out of...